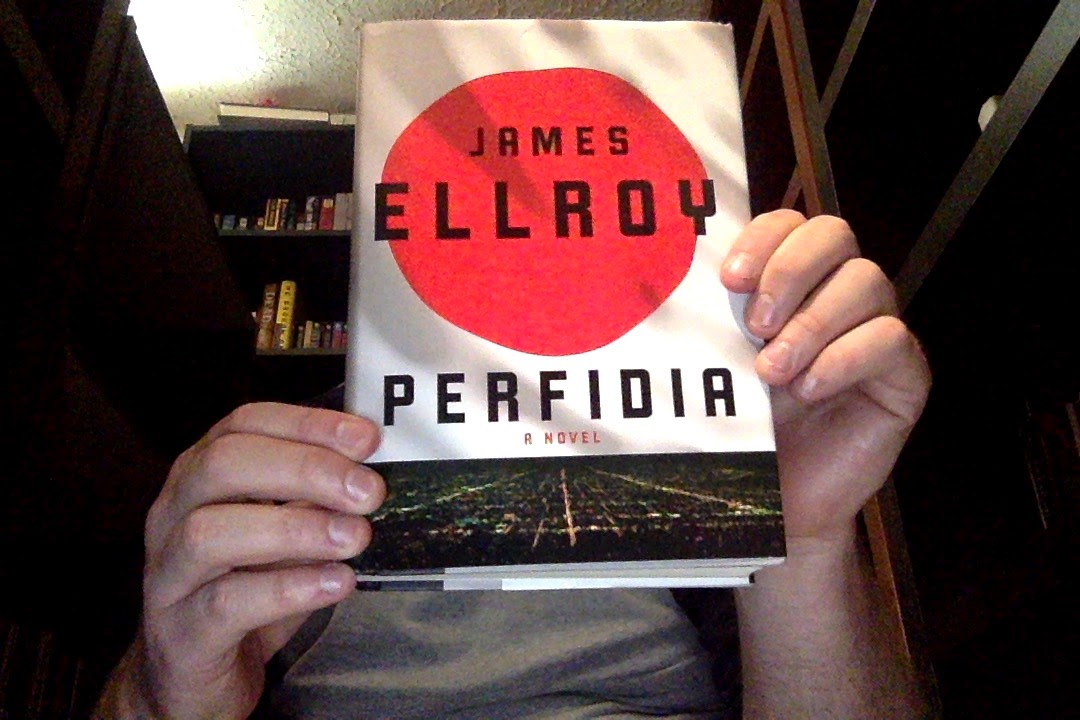 I don’t think, given the scope and knowledge in his books, as well as his outward attitude, James Ellroy won’t get the kind of respect and insight he deserves until long after he has passed on. His stories are brutal to say the least, not just in graphic violence, but in the hard-boiled nihilism that coats every sentence he constructs. His novels become more than mysteries and instead become weirdly alternative takes on the major events in history that shape our world today. With his brilliant Underworld U. S. A. Trilogy, and this novel, Perfidia, the start of his second L. A. Quartet, he tells a story of the true shapers of history, who made things happen with violence, lying and cunning attempts at social advancement. It is daunting at points, and at 700 pages, it feels a little bit like a marathon you have no chance at succeeding at, but his genius is never in doubt. The novel begins the day before the Pearl Harbor attacks, when a Japanese family is found murdered, and the crime scene made to look like a ritual suicide. This brutal crime affects four different people differently. There’s Hideo Ashida, a police chemist battling demons who is about to become a pawn in a huge political game. Bill Parker, a captain with Machiavellian desires to move up in the world, has his own games to play. Kay Lake, an almost Forrest Gump-like femme fattle who seems to be everywhere at once, wants to stop being arm candy and start fighting the good fight. And the true star here, Dudley Smith, an Irish immigrant with a mean streak and a hair trigger, wants to make a profit from this coming war. If Ellroy has one main issue that could drive readers away is that all of his characters sound the same, even the women, and it makes this large cast of characters something of a jumbled mess. But when Ellroy delivers the goods, there’s very few better, from a brutal beating to Kay Lake’s ex-beau, to the man Dudley kills for a reason and a person I won’t dare reveal. It’s a long sit, but no matter what Ellroy is writing about, it is nothing but a rewarding, enriching experience.
Rating: 4/5
Posted by HumbleBookGiant at 12:27 PM