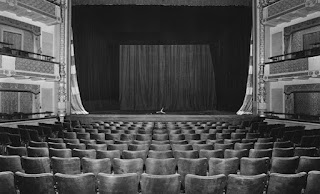 As with books, movies made up a big part of my 2018 and I was able to see at least five a month between January and December. Here are my 10 favorites. But first a few honorable mentions:

*Loveless, dir. Andrey Zvyagintsev: A movie technically released in 2017, but not seen by me until this year, this bleak Russian tale is an unsparing look at a crumbling marriage in crumbling society, and the innocent kid in the eye of the storm.
*Searching, dir. Aneesh Chaganty: A taut thriller that not only makes its gimmick work but uses it to its advantage to show a tense few days in the life of a grieving father, this was one of 2018’s unexpected hidden gems
*Avengers: Infinity War, dir. Russo Brothers: While too soon to say this was a panacea for super hero fatigue, this character piece disguised as an ensemble juggernaut renewed a sorely lacking sense of urgency in these movies and made me excited for its culmination next year

10. Burning, dir. Lee Chang-dong: A daunting work at 150 deliberate minutes, this South Korean film based on a Murakami story is a haunting, elegiac experience centered on loss of control, dreams deferred and the creeping horror that can overtake our lives at any moment, embodied by a creepy Steven Yeun. Despite its pacing I found myself riveted.
9. The Old Man and the Gun, dir. David Lowery: The director of last year’s best movie offers up something different but no less enjoyable with this lighthearted, easy going tale of an aging bank robber. And much like last year’s Lucky, the sense of melancholic acceptance in what is supposedly Redford’s final performance packs a serious punch.
8. Eighth Grade, dir. Bo Burnham: While it would be easy to shoehorn a boatload of social commentary into this movie about one shy girl’s last few days of junior high, Burnham does not do that and instead crafts a painfully relatable movie filled with awkward encounters, parental miscommunications and brushes with very adult themes. Very funny, with a central performance by Elsie Fisher being one of the best of the year.
7. Revenge, dir. Coralie Fargeat: A much needed fresh take on a subgenre that has offered very few “good” movies, this story of one woman’s journey from victim to hero expertly subverts expectations, from its violent switch halfway through, to its final fight and to its overall hopeful tone. That, along with the two central performances of Matilda Lutz and Kevin Janssens, this movie brings some much needed talent and skill to the rape revenge subgenre.
6. Mandy, dir. Panos Cosmatos: Nicolas Cage is full of surprises. For every DTV schlock fest you get something like this that plays right into crazed hands, offering up a schizoid journey of revenge filled with purple hazed acid trips, deformed biker gangs and a chainsaw fight. It helps that its direction is impeccable and has what is easily the best movie score of 2018. A lot of people did not like its slow first half, but I found it effortlessly eased the viewer into its warped world.
5. You Were Never Really Here, dir. Lynne Ramsey: This, along with We Need to Talk About Kevin, firmly establishes Ramsey as one of world cinema’s foremost auteur directors. This story of one broken man’s journey to save a victimized young girl presents startling visuals and a strange nonlinear structure that makes everything that happen feel like a nightmare composed of a troubled past and an uncertain future. And Joaquin Phoenix gives his best performance and one of the two best of the year.
4. First Reformed, dir. Paul Schrader: Speaking of that other best performance of 2018, it is here, with Ethan Hawke’s troubled and helpless priest whose mortality and loss of faith have crippled him emotionally and spiritually. The film as a whole feels like an artifact from a half century ago, echoing the films of Bresson and Bergman as well as Schrader’s own filmography, and has the air of a late masterpiece from one of cinema’s forgotten giants.
3. Blindspotting, dir. Carlos Lopez Estrada: In a year where many similar themed movies were released and praised, this one easily stood out the most. It has an energy I felt others like it lacked, as well as an overall upbeat tone that many movies that share similar subject matter rarely have the courage have. In its seamless mixture of heavy themes coexisting with some of the funniest scenes of the year reminded me of Do the Right Thing. High praise, sure, but this movie really earned it. And Rafael Casal gives the best supporting male performance as the volatile Miles, whose quick wit and aggressive demeanor has faint echoes of Tommy DeVito in Goodfellas.
2. Suspiria, dir. Luca Guadagnino: A remake of Suspira had no business being even remotely good, let alone great, but this reimagining of a horror classic just might be the best horror remake since John Carpenter’s The Thing. Using the story from the original as a jumping off point, this extended fever dream is filled with historical allusions, a trio of immersive performances by Tilda Swinton and set piece after set piece of violent, grotesque beauty. It leaves a haunting, profound mark, something I never thought I would say about a horror remake.
1. Hereditary, dir. Ari Aster: These past few years have brought a minimum of one horror movie a year that promises to change the game. Some are better than others, but this one is undeniably the real deal, the kind of horror film filled with original, iconic moments that I predict will stand the test of time. With its pitch perfect direction, a quartet of frenzied performances headlined by the great Toni Collette and bloodcurdling visuals and events underscored by a perverse sense of humor (something I only noticed on a second viewing), this movie makes a case that the great American horror films should be viewed as simply great American films. Hereditary surely is one.
Posted by HumbleBookGiant at 3:55 PM

Email ThisBlogThis!Share to TwitterShare to FacebookShare to Pinterest
Labels: Top Ten Movies of 201